Back to Blogs
HubSpot Inbound Marketing

If you work in a call centre, it may be wise to start looking at other career options (possibly inbound marketing). EU data laws are changing and, thanks to the EU Parliament and Commission, new legislation is set to be passed that will shake the very model of the call centre to its core.

The call centre as we know it is under very serious threat. New EU data laws will make it harder than ever for companies that practise outbound sales to do business. In fact, changing EU Data Protection Regulations will effectively rewrite the way that call centres have operated since they first appeared during the 1960s. 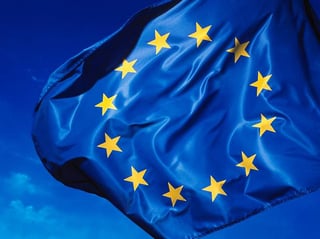 It’s something we’ve talked about before, and feel is long overdue; especially considering the amount of horror stories that were borne from the outbound model over 2015 including the unfortunate case of a charity worker being driven to her death. The DMA, which has been lobbying for new EU legislation, is delighted with the new rules. So, how exactly will they impact the way call centres do business?

New EU data laws - What you need to know

Key to the regulations are the protection of people’s private personal data, and how it’s defined. The new rules underline and better define identifiers and the information that companies can collect (cookie information, for instance, depends where it’s placed online). Relationships between people, companies, and their marketing interests also have to be better assessed and defined.

The regulations also make a very big noise about consent. Consumer consent will be reworked and tightened up with the text saying that consent to be contacted will have to be ‘unambiguous’ – i.e. people will be in no doubt that companies will expressly contact them to market to them. Consent will have to be clear and transparent; no hiding behind page after page of terms and conditions.

Consumers will be given much more power than before, too, and will have a right to object if a company is processing their personal information or profiling them, totally free of charge. From the first message, the people your company contacts will have to bring to their attention that they can unsubscribe from your lists and opt out.

There are other key points in the regulations including fines for a breach potentially hitting four per cent of global turnover. That’s a huge amount for big, established businesses and crippling for smaller enterprises.

To summarise the new regulations give consumers more power than ever before to opt out, stronger rules relating to your company’s data collection policies and transparency, and how you profile individuals you want to market to.

Outbound out of favour

And those new rules and regulations are set to hit call centres the hardest, specifically those focused on outbound sales. Data capture and collection will likely be the toughest hurdle to overcome. If you’re in the process of purchasing data lists to pass onto your sales floor, how can you be 100 per cent sure that the data collected has been done with total consent and transparency?

Wasting money on outdated lists is one problem that call centres are facing. Getting fined a serious amount of money would be another if the data on your lists hasn’t been collected ethically and you’re taken to court. Importantly, though, such lists will be a waste of your time, chasing leads that aren’t worth the paper they’re written on.

For most call centres that collect their own data it will likely mean a full-scale reworking of how they do business. People will now – with legal backing – tell you where to go if you contact them out the blue looking to sell them something they haven’t indicated they’d have any kind of interest in.

Call centres will have to completely rewrite their legal policies relating to data and the way they do business and share information. Those that use custom software to keep a tally on potential consumers and their information; that will likely have to be rewritten and updated to show that consumers have unambiguously consented to be contacted in case you’re hit with a legal challenge.

Outbound marketing through cold calling has never been a fine art by any stretch of the imagination. And even for those with the gift of the gab on your sales team, it’s going to become harder than ever before for them to get positive results.

Inbound to the rescue. Ethical handling of consumer data is the crux of this argument, and there are a huge variety of inbound marketing options that call centres can use to consensually attract the data of their target audience and interact with them on a more personal level than calling them up and pitching them a hard sell.

And for call centres that want to stay active but need to quickly alter the way they collect information an effective inbound marketing campaign that utilises biddable media can be built almost instantly to fall in line with upcoming EU regulations while the long-term task of migrating your old outbound model begins.

Call centres can use a mix of ethical data collection techniques to capture phone numbers, addresses, email information and more in highly creative ways to communicate with old and new audiences before striking up a consensual conversation with them. Our favourite part of inbound? It’s typically far more cost-effective than outbound marketing, and sets you apart from the competition in your market.

It’s advisable for call centres to start planning for and preparing for changes in European law – which WILL be heavily enforced – and to reconsider the way they do business. An inbound marketing model, though, can cure a huge amount of those ills, and is already helping call centres across the world collect targeted data in ethical ways, and helping them to start profitable conversations with customers.