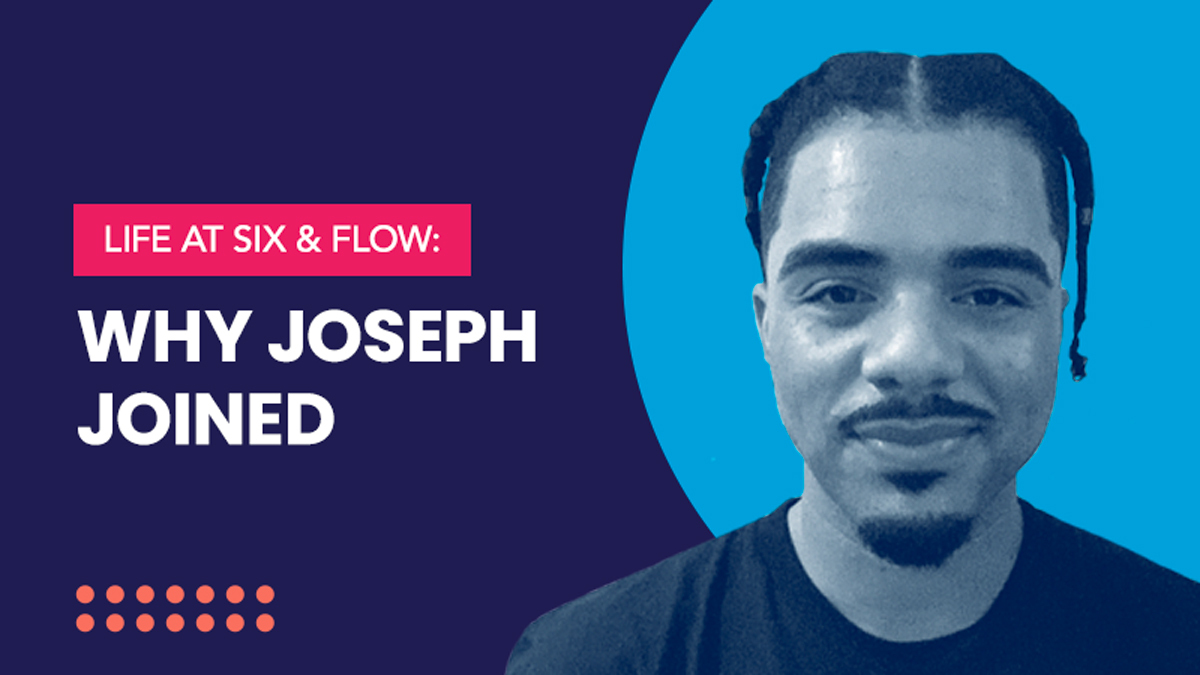 Three months ago, I was living in the Midlands with my partner celebrating (if you could even call it that...) a third-year work anniversary at a job that I had unfortunately grown out of. Pretty sure, we've all been there before! That dreaded glass ceiling, something that I saw coming from a mile away, but didn't have the confidence to tackle head-on. You could say it was down to COVID, having come off furlough for half a year and not wanting to take a risk, but truthfully the real reason deep down was my self-belief.

Manchester was (and has been since the dawn of time) me and my partner's favourite city escape. Every couple of months, we'd go for a weekend break and embrace the Mancunian lifestyle. The people, the restaurants/bars, the endless amounts of things to do; the vibe was just us! The question we always asked was 'Why don't we move here?!'.

Fast forward to today and here we are. A fresh start, an amazing new job with a genuine team, and a real challenge.

Now we've got all the waffle out of the way (apologies), how did I end up at Six & Flow as a Growth Executive and what was the application process like? I'll be honest it wasn't an easy one, but towards the latter stages, I understood their ethos and reasons why they carried things out the way they did.

The first stage was an interview with Sarah (Operations Director) where she informed me about the role and what Six & Flow stood for. I found out about the application process and honestly speaking, I didn't think I was capable. It had been a long time since my last interview...

Nevertheless, I was optimistic and progressed to the second stage. I met Adam (Strategy Director) on my second interview and we spoke about past marketing experiences, along with some competency-based questions.

The third stage was the biggie. I was sent a brief, which I had to present in front of 4 staff members, which I felt was truly a hurdle. After overcoming the presentation, I was gearing up for the final stage, assuming it would be even more nerve-wracking!

I was pleasantly surprised to hear I'd be having 15 minutes calls with a handful of the team; from fellow Growth Execs, CSMs, to Rich the MD. This part of the application process was the biggest shock in the best way possible! They were just casual chats with the team and everyone made me feel comfortable, showing how genuine they were. I found out about the role through one of my previous work colleagues, who had worked with S&F before; she informed me of how down-to-earth the team was and mentioned they had a cool Manchester office space. At first, I was overwhelmed with excitement and also nervousness. In all honesty, the problem for me was my self-confidence as I wasn't coming from a strong marketing background. Despite my self-doubt, I decided to apply with a "whatever happens, happens" mentality.

In the interview stages, some of the conversations we had were non-work-related and I took the opportunity to ask silly questions like: 'What's the office like?’, ‘Is it true that there is an arcade machine and a beer fridge?’, and ‘Is it also true that all new-starters get their own face hand-drawn on a skateboard to put on a wall with the rest of the team?!’. The questions went on and on, and I'm pretty sure I had chewed off the ears of everyone I spoke to (I blame my nerves!).

One of the important lessons I took away was that like any job it's expected that you use your initiative to learn and do your job effectively, but who you are as a person and how you get on with the rest of the team is just as important.

Hearing this was really refreshing. They value their staff so much and help each individual to learn and absorb the knowledge within the field they work in. The thing that stuck out for me throughout the process were the brand values: Accountability, Holistic Thinking, Playfulness, and Growth - all of which resonate deeply with me.

My Experience So Far

Fast forward to today, here I am! Two months into my role, getting stuck in with all sorts and I've learnt so much already! I am in an amazing pod called Ludo, where we work on lots of marketing elements for our clients ranging from social media, reports, and all things Hubspot. Everyone here is so welcoming and always on deck to help or teach if I'm ever unsure about anything. Accepting this opportunity was one of the best decisions I've made.

Frankly speaking, I was hesitant when I was offered the job. I doubted my own capabilities and moving to a new city was a big jump but I can honestly say I haven't looked back since. I'm stoked and looking forward to the future with Six & Flow. Bring on the challenge!