The world’s a scary place at the moment.

You’ll no doubt have heard of Saturday night’s attack in Leytonstone on the tube, where a man shouting “This is for Syria” attacked and injured people before being brought down with a Taser by plain-clothes police in the area.

It’s so easy to feel helpless at a time like this, especially when others caught on camera at the time could do little more than shout at the assailant to drop his weapon whilst others threw plastic bottles and whatever else was at hand.

Only, there’s something extremely positive that came out of the attack; a man caught on video during the situation condemning the attacker, shouting:

Something so simple yet so poignant has caught fire on social media, becoming a trend of its own to unite people and show solidarity against a terrorist organisation that seems determined to commit the most brutal atrocities possible.

#YouAintNoMuslimBruv has exploded on Twitter and the wider internet as social media users embrace the stranger’s sentiment and are popularising it to make themselves heard in defiance of Daesh and terrorism as a whole.

To that end people may scoff and ask what’s the point of posting a hashtag online when there’s so much more that can be done?

The solution is simple. The popularity of the movement is highly positive and gives the person in the street a real voice alongside a strong message about the values we all share as a country.

Also incredibly important is the voice it gives to the average British Muslim that found this man’s sentiment so spot-on that they could share it to point out their religion is a peaceful one and no terror attacks are done in the name of Islam.

To ignore the trend as something flimsy and passive online is to ignore the voice of hundreds of thousands of real people and how important social media now is to the very fabric of societies across the globe.

It’s also a reminder to stay together, be vigilant, and use social media to help stay aware during these uncertain times. It’s the modern equivalent of a wartime ‘Loose Lips Sink Ships’ poster or a ‘Keep Mum, She’s Not So Dumb’. Prime Minister David Cameron has also been caught saying the phrase on Vine which shows how much social opinion and reaction is creeping into politics.

Outlets as far away as The Washington Post have picked up on the message, saying that never before has a message against Islamophobia been ‘so raw and so quintessentially British’.

The rawness of the sentiment is key to all of this. “You ain’t no Muslim bruv,” just came out of the man’s mouth in a serious situation, is what a lot of people would have loved to have said at the time, and captured the strength of character we all hope we’d feel in such a fight-or-flight situation.

If this message was British then the global social media response to the attacks in Paris on 13 November were quintessentially human, with Parisians in the area creating their own hashtag, #PorteOuverte, to guide those petrified in the cities to welcoming safehouses in the capital. 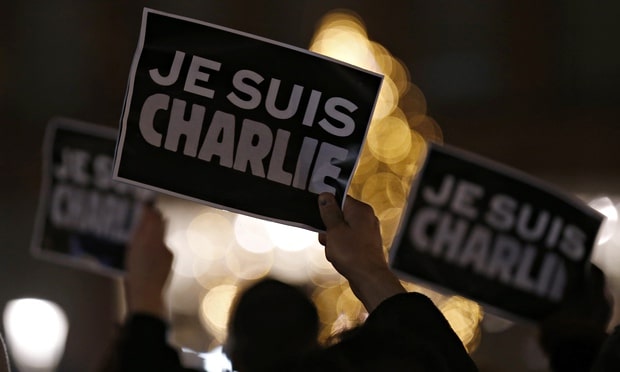 Also appearing during and after the 13th was the global trending of #JeSuisParis, mirroring the sentiment of #JeSuisCharlie after the Charlie Hebdo massacre earlier this year.

As an aside it’s also worth mentioning the ‘StandWithAhmed hashtag which was also used worldwide after 14-year-old Ahmed Mohamed was arrested, questioned, and suspended from school after bringing a homemade clock into school to show his teachers.

The lessons we can learn from these incidents is that the world isn’t as hopeless a place as many like to make out, and that when a collective social conscious voice comes to the fore the very best bits of common sense and human nature rise to the top.

Of course there are going to be some doing their best to grab attention and hijack hashtags, but the quick and passionate response of regular people on social media and the mass collective of support and sympathy in the immediate aftermath of tragedy makes a real difference to people’s lives, and – most importantly – underlines that we do have real power at our fingertips to make big changes.