Back to Blogs
Biddable Inbound Marketing

Biddable media campaigns are complex creations, and the one-size-fits-all approach just doesn’t fly. We had one client come in last week, professing they were just not getting the results from Facebook that had been expected. I love Facebook, and I’m a huge advocate of it as far as biddable media channels go. However, I can empathise with this frustration.

Without big budgets, it can seem like you are lost in the ether while bigger brands steal all the traffic. With local awareness ads and strong personas, you can punch above your ad spend. Still, at times it can feel a bit like being a toddler who’s sizing up to Mike Tyson.

Another issue is that very few of our client’s customers use Facebook as their primary social platform. It still plays a part, but they were now focused on more visual channels such as Instagram, Snapchat and Pinterest. This is part of a wider trend in the digital space which shows consumers moving towards visual, personalised experiences and away from the public facing, virtual validation of Facebook (like me! Share me! LOOK AT MY SELFIE!).

This new shift needs to be embraced. However, compared to other biddable media channels, Snapchat still isn’t quite there yet. So, we decided to focus on Pinterest. Below we discuss the why, the what and the how.

What is Biddable Media Going to do for your Brand on Pinterest?

From a user’s perspective, Pinterest is very subtle. The biddable media “ads” look just like all the other pins. However, if you look closely, you will see them labelled as “promoted pins”.

If users dislike the ads, they have the ability to hide those that appear in their home feed. Users can filter out the ads after they appear by clicking an “X” in the lower-right corner of the pin. When you choose to hide the pin, you can give feedback on why you want it removed.

This creates a great user experience, and so when your consumer engages with pins you know they will have high levels of intent. Another reason to love the promoted pins is that they last forever on Pinterest. On Facebook, when you boost your posts you’ll only see them while you’re paying for it. The same goes for biddable media campaigns on Google ad words. 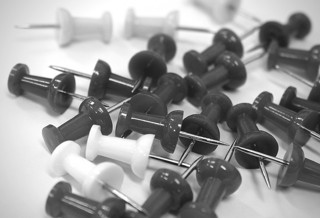 Pinterest have also provided some impressive data for their promoted pins:

2) On average, advertisers get a 30% bump in earned media for their campaigns. This means for every £1,000 in advertising costs, brands received free impressions worth £300 .

4) Brands both in and out of Pinterest’s core categories found biddable media success. From financial services and food brands to automotive companies, a wide array of industries have seen positive results, according to Pinterest’s research. 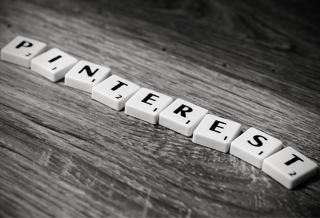 The power of the Promoted Pins also just got stronger, in 3 ways:

Pinterest helps to personalise product recommendations based on likes and wants. What does that mean to businesses who buy Promoted Pins? Well, their ads will now be shown to more of the right people to help them get an even bigger ROI.

You’ll see a change in the way related terms are offered to you on the Pinterest ads manager. Pinterest will now suggest other related words in order to target a wider audience and drive a higher volume of traffic at a quicker pace. For example, if you select golf clubs as a term, Pinterest might suggest you also place your ads under golf vacations. You decide to use or not use these related terms.

So in order to get the most out of your Pinterest campaign, its important to have more than amazing images. You also need to organise your entire page to amplify your results.

We looked at some of the hallmark brands within our concerned client’s industry . They all match their pins and boards to how the consumer searches. This led us to create common “style boards” which included items from ranges that fitted into current industry styles.

Pins were then created which highlighted a look book shot with the items being used, and placed an overlay of the item in isolation with details below. These pins were elongated so they took up more physical space in peoples feeds. This created an advert which was eye catching, appealing and informative for any consumer looking to make a purchasing decision.

We created one image per campaign, as we wanted to draw the consumer into the style board instead of bombarding them with the client’s full inventory. Next, we targeted our personas using the interest profiles available on Pinterest and keywords specific to each range.

This allowed us to create a biddable media campaign which was visibly eye-catching, appealing to new customers, and promoted organic repinning. All of this boosted not only sales, but also brand visibility, leading to an ROI that was far better than Facebook offered.