Virgin could be one of those companies that fits under the jack-of-all-trades moniker, such is the diversity of its professional portfolio. Only, Virgin doesn’t really sell itself as a retail enterprise, communications company or travel agency.

Though those are the offerings they currently specialise in, Virgin sells itself on its customer service values, claiming to offer an exceptional experience in whatever sector they try their hand at.

You could argue that Virgin is instead the master of side project marketing, a trend that’s seeing numerous companies expand in new ways by committing time to creative projects that attract extra attention and additional revenue.

We’ve recently indulged in a side project of our own at Six & Flow, creating a short quiz which determines whether leads would benefit from a Growth Driven Design (GDD) website. It's fair to say we've learned plenty in the process.

Creating a splash with the right growth marketing strategy

One of the most popular side marketing projects around is the royalty-free image website Unsplash.

In 2013, the owners of startup web design and branding agency Crew only had enough money to keep their doors open for three months. To generate more interest in their core product, they spent $19 on a Tumblr theme and launched Unsplash, a site that housed a few of Crew’s own photos and promised a royalty-free HD image download service.

Unsplash now operates as its own company and has grown to become a real creative community. December 2016 saw the site surpass one billion photo views a month, with three photos downloaded every second. Unsplash has also released a range of holiday cards and a crowdsourced open book. 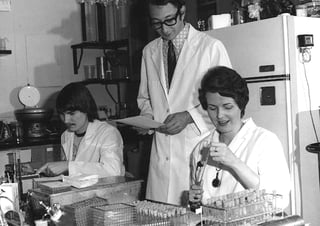 Of course they did, but they also grafted and shared the service amongst a relevant audience. Many people have sites with a desperate need for creative, royalty-free images that can help to conserve a modest or even non-existent budget. No one grows to Unsplash’s size at such a fast rate by accident.

Unsplash isn’t a one-off growth marketing success, either. Side projects are being created and maintained on a daily basis by some of the largest names around. In the digital marketing industry, Buffer, Moz and Hubspot are just some of the companies providing free tools making marketers’ lives easier as well as acting as a gateway to their other paid services.

Some smaller companies may feel as though pursuing a side project is a guilty pleasure which they really shouldn’t be pursuing. After all, shouldn’t they be concentrating on what they initially set out to do when they started the business? Isn’t working on a side project taking time that would be better spent growing the company?

It depends on your point of view, but we don’t feel that focusing your growth marketing on a side project is necessarily something to feel guilty about. If anything, it can prove to be extremely beneficial and a refreshing change of pace for your team, injecting something new and exciting into their routine.

Video marketing company Veed.me also highlights some of the benefits it discovered by launching its own side project Coverr.co in 2015.

Coverr involved the Veed team working on a creative project witch would help the way people worked for free. Instead of approaching it as a marketing campaign to promote Veed.me, the reception of Coverr was in itself a marketing masterstroke, as grateful people flocked to congratulate the Veed.me team and shared the tool as far and as wide as they could.

At the same time, Veed.me doubtless helped to capture data of potential leads on top of the new business opportunities which will have presented themselves in response to Coverr’s launch.

Six & Flow’s experiences with growth marketing and side projects

We decided to take this path and develop a short quiz to determine whether leads would benefit from a Growth Driven Design (GDD) website. This development will help to give us a greater idea of what potential clients need from their marketing efforts, the tactics they could use to attractand nurture better leads as part of an inbound marketing strategy.

That’s all we can say at the moment, but from our own experiences so far in developing the tool, our experiences have mirrored those outlined by the Veed.me team when they began creating Coverr. Our creative juices are flowing, and we’re creating something that we believe will have a positive impact on our way of working and our potential clients’ results.

Not only can side projects help your core business, they can market your business in incredibly creative ways whilst also providing something of real use.  As we know, 95% of people don’t like being interrupted when it comes to advertising., so instead of spending your advertising budget in the traditional way, why not focus on disrupting the market with a side project?

Who knows, you could end up making an Unsplash of your own…