Online Lead Generation and Nurturing Achieves ROI of over 3000%

We love sharing our lead generation victories, little and large.

In the summer of 2015, our client was a newly independent, London-based investment house specialising in a variety of financial opportunities for high net worth clients.To put it simply, they operate as an intermediary between investors and institutions. The company was ready to shrug off the outbound lead generation model already in place, and implement inbound strategies that would perform better and survive looming EU data protection legislation. Naturally, we were delighted to help.

Six & Flow (formerly Grain) began working with the client in summer 2015, introducing tried and tested online lead generation techniques. By the New Year, we had helped the company to achieve over 3000% ROI. Not bad for six month’s work, we think?

Then after the New Year, more magic happened. From 1st January to 10 October 2016, we helped them to generate nearly 8800 leads and they raised over £10.8 million in investments, giving them an improved ROI of around 3600%! We've also navigated the Brexit panic, tailored lead generation across a number of channels, and built a great working relationship with our client.

February 2017 UPDATE: Online lead generation moves fast, don't you know. So take a look at the end of this blog for some lovely updated figures! We do treat you well, don't we.

Honestly, we're not just bigheaded. Other people are big fans of our work for the client, too. HubSpot even published a case study on our work, and recently awarded Six & Flow an International Client Growth Impact Award for our impressive results.

We also attended Investment Week's prestigious Investment Marketing and Innovation Awards 2016 this summer, and were highly commended as Agency of the Year. These awards were attended by global investment companies such as Rathbones, Schroders and JP Morgan, so we were truly honoured to receive a mention, especially as a startup agency one month shy of its first birthday!

Last but not least, our work for the client has been shortlisted as the best Paid Media Campaign at The Drum's DADI Awards. We're up against tough competition in this brand new awards category. The competing campaigns are for major clients including the world's largest international broadcaster BBC World Service, global financial services company Western Union and even iconic haircare brand ghd. So - fingers and toes all crossed!

Last year, the client struck out on its own from a parent company that relied heavily on an outbound model to drive lead generation. While the client had an experienced and high calibre sales team on band, frustrations were constantly arising over the low quality and low volume of leads fed over from the parent company.

The sales team were regularly chasing false starts due to poor lead qualification, and a laborious paper-based process was taking up even more of their valuable time. The client wanted bigger results from its sales team, but this was proving impossible without the right input.

The law around lead generation

Not only was the client's lead generation strategy failing them, it was also on the chopping block. New EU Data Regulations are set to come into force, and will force change on the sales and marketing strategy of many businesses, the client included.

Purchased lists of leads, cold calling and extensive direct marketing campaigns have long been outdated strategies. Under new legislation, it will also become illegal. Companies will have to request explicit consent before storing data about anyone, and any breach may lead to a hefty fine. In turn, consumers will be able to object to any data being held about them and opt out of communications more easily.

From summer 2015, Six & Flow worked with the client to create a multi-channel online acquisition strategy, incorporating content, PPC, paid social and native advertising to improve lead quality and volume. This was the first foray into online lead generation techniques for the client, and virgin territory for all the in-house sales team.

The new strategy would be supported by the implementation of HubSpot’s brilliant marketing automation platform. This would streamline current marketing processes and optimise efficiency.

However, the client needed an agency that could guide them through the implementation process and provide ongoing support, to ensure that the sales team could get on with what they do best. 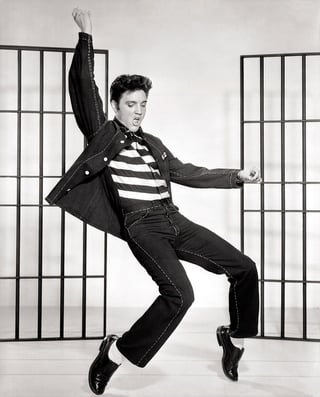 The first step was to profile the target audience to really understand them. By collecting a granular level of demographic and psychographic information, The client's sales team was immediately able to focus on a tight niche of low- hanging, fast-converting fruit.

Next, Six & Flow established channels and crafted messaging for its online acquisition campaigns. Messaging and designs were created to fit the audience and drive the right traffic. Based on audience profiling, PPC, Paid Social, and Native Advertising was identified as the ideal online lead generation techniques. Regular blog content would also be produced for use on social channels.

At the heart of all of this was HubSpot, with a simple but effective lead nurturing workflow put in place. Highly adaptive, dynamic landing pages would capture contact details, prompting HubSpot to send ‘soft’ email follow up, and allow additional relevant content to be offered depending on a lead’s response.

By gathering details and nurturing leads through a series of communications, sales calls become easier to convert as individuals were more informed and ready to commit to a purchase. HubSpot automation and tracking also provided a range of in-depth information on email delivery open and click rates, helping to inform personalised lead nurturing.

By January 2016, the client had transitioned its entire lead nurturing cycle to HubSpot, and Six & Flow's multi-channel acquisition strategy was helping them to achieve record results. In just six short months, from June to January, the company had transformed its customer acquisition strategy and future-proofed its business. The client generated 2,500 leads, grew its revenue by 578%, and achieved an ROI of 3276%. Pretty impressive, right?

HubSpot’s marketing platform underpins the client's entire marketing and sales process, and this alignment is key to the company’s success. From online web lead to CRM, HubSpot records and reports on every move, click and action taken by prospective customers online. This powerful data then feeds into next-step communications, which are entirely automated.

The sales team saw clear benefits – in fact, the increased revenue and lead volume saw staff numbers triple. The team grew from two to four salespeople by the end of month one, and at month six they added another two members. This is particularly impressive, bearing in mind that Hubspot’s automation also increased the sales team’s productivity by nearly 60%!

And the cherry on top – the client met the EU Data Regulations a whole 12 months ahead of time, so nothing stands in the way of its lead generation strategy’s continued success.