Webinar recap: How to Sell to Me with AdRoll and Vidyard 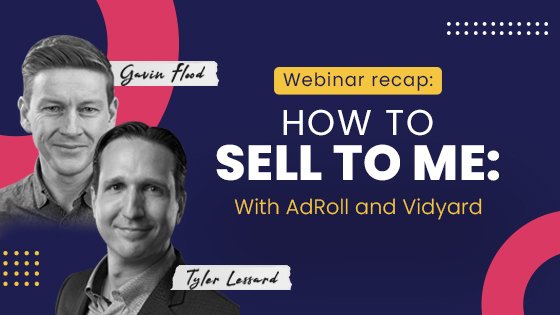 For the second episode in our 'How to Sell to Me' panel webinar series, we were joined by Gavin Flood from AdRoll and Tyler Lessard from Vidyard.

Gavin is the Senior Director of International Marketing and Site Lead at AdRoll. He describes some of the main objectives of the organisation as allowing brands to engage with their audience to grow revenue, and giving them the tools to both get and keep relationships.

Tyler is the VP of Marketing and Chief Video Strategist at Vidyard. He describes some of their company objectives as using video to build relationships across all areas of the business. He also boasts 100K+ unread messages in his inbox from people he suspects have been trying to sell to him.

Worst experiences when being sold to

Lessard's hands down worst experience involved issuing a "cease and desist" notice to a sales representative and their boss. He felt insulted by the process, and noted that every communication he received was about this salesperson just selling, instead of actually helping him to solve any sort of problem; many assumptions were made in communications.

Flood recalled answering a call from someone and letting them know that he didn't have time to speak to them, mostly because he could foresee that the product or service was not a good fit for him. However, he did go through the 15-minute conversation and then at the end reiterated that there wasn't a fit.

Both agreed that there is a great deal of broadcasting that goes on, as well as a lack of research and due diligence before salespeople choose to engage with their prospects.

The kind of marketing that intrigues decision-makers

Other than marketing that doesn't overuse the word "unprecedented," both Lessard and Flood look for a lot of what they do in the marketing that they choose to pay attention to.

For example, Gavin gives attention to organisations that are also building up their brand and brand awareness. For him, it's important that AdRoll's salespeople are able to succeed with both their inbound and outbound efforts. He ensures this by pushing marketing to create value through the content produced, resourced developed, advice given, and the tools they have in place.

On the other hand, Tyler has found it more important than ever to be a part of the fabric of the organic social world. Not everything needs to be tied to monetisation and ad spend. Sometimes, you just need to involve yourself (and see other brands be involved) in real conversations about the issues at hand in the market.

Getting past the gatekeeper

Both Tyler and Gavin confess that they don't have formal gatekeepers. Gavin says he's very accessible and has a curious mind, and Tyler is transparent in his welcome of inbound marketing. However, Lessard also noted that he has "sniff tests" around whether someone's there to help or there to sell, and he's not afraid to defer to the other experts on his team to do research and evaluate things that catch his eye.

Is it possible to over-personalise sales outreach?

Both of our panelists agreed that things can become too familiar, and then lead to irrelevance. Lessard said he's found that happens during the introduction of emails, and the ties can be very loose (like the salesperson knowing someone that went to the same university as him).

Lessard also noted that he gets few video outreaches, despite being in the video and martech spaces; he ties this to a lack of due diligence. On the note of video, Flood believes that it's unmatched in how salespeople can have the opportunity to create micro-connections and that organisations not investing in this technology are going to get left behind.

For both sales and marketing, Lessard advises a shift from just asking for a meeting to saying you're going to show what you have to offer. Even when he lands on websites, he wants to be able to consume content in the way he hopes and be able to watch a quick demo without having the main CTA always lead back to booking time.

Flood noted that more attention can and should be given to outreach that's on a 1-1 vs. 1-many basis, and to be open to experimenting with outreach in those areas. 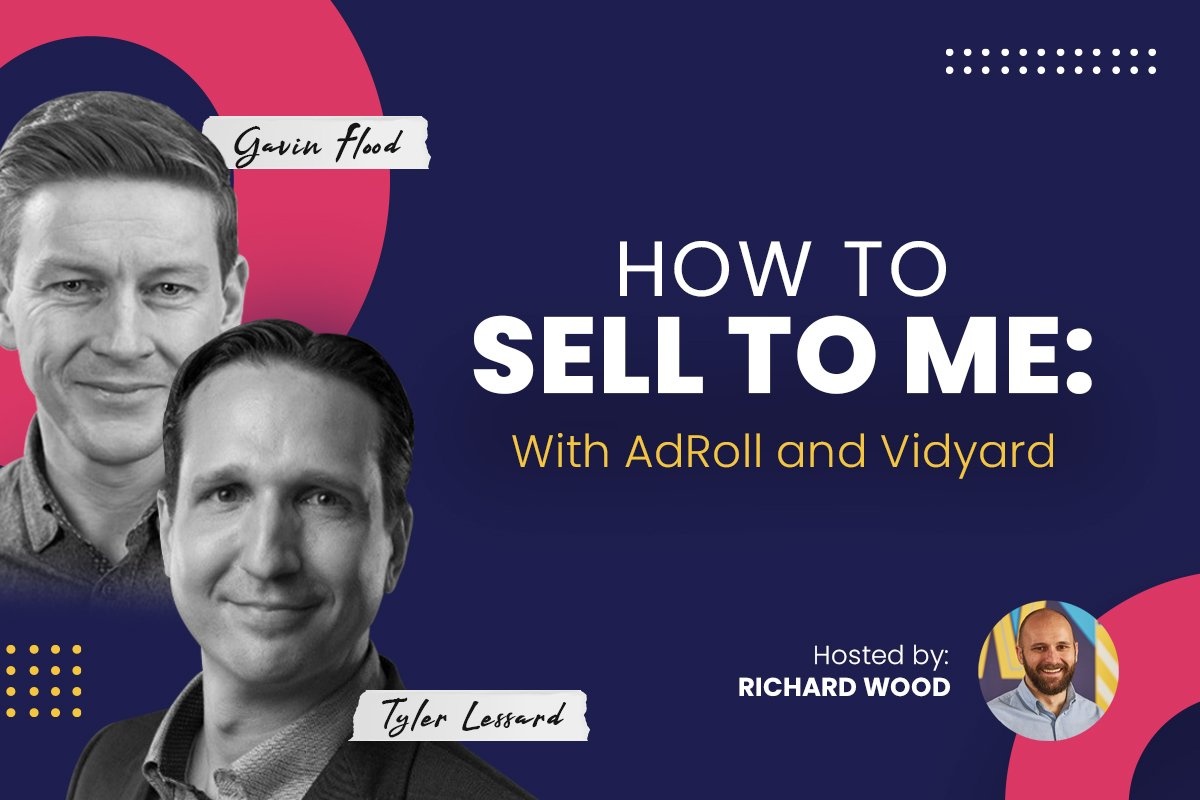